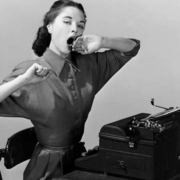 As a breathing educator and specialist for the past 30 years, now living on Vashon, the most common question I get asked is “why do I sigh and yawn so much?” Are there any benefits from these breathing activities?

The questions themselves are an indication of an intuition that perhaps something isn’t quite right with this breathing.  People generally do not notice their breathing when the process is working well. In other words, breathing feels nourishing.

Frequent sighing and yawning, at the most basic level, is an indication of a body that is under extreme stress and oxygen deprived.  Stress that is inducing a person to feel overwhelmed, tired, and breathless.

Sighing and yawning are attempts by the respiratory and nervous systems to create a balance in breathing that will restore the breathing rhythm that supports us.  They are also the body’s attempts to dissipate stress by creating a big exhale which temporarily relaxes the muscles that feel tense.

Recent studies have shown that when a person’s exhale is longer than their inhale, two things happen. The first is that by exhaling more air from the lungs, a bigger subsequent inhale is possible, bringing in more oxygen. Second, during the cycle of the exhale the heart rate slows down sending a signal to the muscles to relax.

Sighing and yawning may feel good for a while but the symptoms of stress return rather rapidly. These are short-term solutions that have long-lasting negative effects by creating a dysregulated breathing pattern.

The long-term solution to reducing stress begins by valuing the biology of the respiratory system.

This quote by Johannes Meischer, Swiss physician and biologist, in 1885 says it all. “Over the oxygen supply of the body, carbon dioxide spreads its protecting wings.”

What this means in lay terms, is that carbon dioxide (CO2) regulates the distribution of oxygen to the cells of the body where it is used by the mitochondria to manufacture the chemical energy needed to run all the systems and organs of the body.

Here’s an example of how this works. Imagine someone who is unaccustomed to public speaking having to give a speech in front of a large audience. This person is very nervous as can be seen by the fact that they are breathing very fast through their mouth. This is called hyperventilating. As a result, this person starts to get dizzy and is in danger of fainting. Fainting is the body’s way of stopping the hyperventilation. The folk remedy of breathing in and out of a paper bag stops the hyperventilating and the dizziness.  This works because they are rebreathing their own CO2.

When breathing is dysregulated in this way they are giving off more CO2 than is optimal for the body to support the optimal delivery of oxygen. This scientific principle is known as the Bohr Effect, discovered in 1904 by Christian Bohr, and still is the primary principle of respiration today. Their brain begins to get less and less oxygen which is why they begin to feel dizzy and then possibly faint. When a person rebreathes their ownCO2 in the paper bag, oxygen begins to flow again to the brain and the dizziness goes way.  Sighing and yawning are small versions of hyperventilating. The long-term effects of sighing and yawning are the reduction of CO2 levels and a lowering of oxygen delivery throughout the body which upsets the balance of respiratory gases in our blood.

Dr. Konstantin Buteyko, (a Ukrainian physician researching breathing in the 1950’s) called this mini-hyperventilation or hidden hyperventilating. He proved that a lack of oxygen can cause or exacerbate 150 different diseases, the most common being asthma, anxiety/ panic, snoring and sleep apnea, high blood pressure, poor digestion, allergies, and fatigue.

What can be done about this? What are the long-term solutions? Let me say it this way. The nose is for breathing and the mouth is for eating. We should breathe through our mouth as often as we eat through our nose! And we should pace our daily activity so that we can use our nose for breathing almost all the time. Yes, this does include exercise as well. Yes, there are exceptions, like being excited and happy in a specific circumstance.

The obvious advantages of nose breathing are that the nose regulates the humidity of the incoming air to best suit the lungs. It also regulates the temperature of the air that the lungs receive. The nose filters pollutants out of the air to keep the lungs clean and it also produces anti-viral, anti-bacterial and anti-fungal chemicals to reduce the risk of infection.

One other major advantage of nose breathing is that it helps to balance our autonomic nervous system allowing us to maintain a sense of being rested and settled. Think of what might happen if a bear walked into your living room and the kind of breath you would take when you saw it. It would be a big gasp through your mouth that would set off your fight and flight survival response. That is what happens every time you inhale through your mouth – it triggers your nervous system to be on alert. This sign of constant alertness is what we call anxiety. It’s as if there is always a threat that will disturb your peace of mind.

More and more research is showing how nose breathing and balancing our blood gases reduces stress and makes us more effective in our daily activity as well as helping with memory. For more information see “Brain study shows how slow breathing induces tranquility” by Bruce Goldman, March 31, 2017.

There are at least 30 more advantages of nose breathing in helping to regulate our biology that you cannot receive when you use your mouth for breathing. Think of the nose as the guardian of the lungs. If you find yourself yawning and or sighing more often than feels comfortable, try spending a few minutes frequently throughout the day doing the following. Slow down, sit in a comfortable chair and breathe through your nose so quietly that you don’t hear yourself breathing. Over time this will help to balance your breathing health and begin to eliminate frequent yawning and sighing. Think of this time spent as self-care for your breathing health.

I hope this answers some of the questions you might have about the breathing patterns of sighing and yawning.